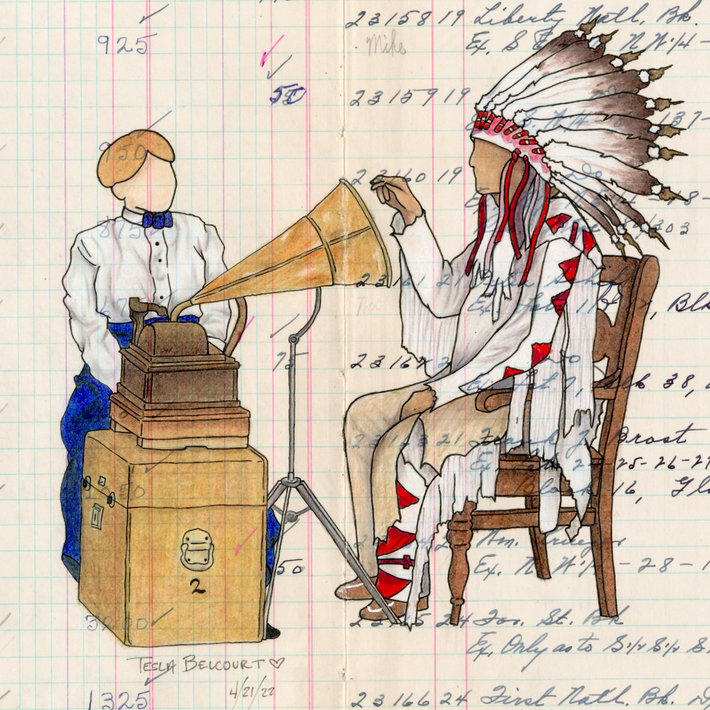 The Densmore Repatriation Project is named for ethnomusicologist Frances Densmore of Red Wing, Minnesota, who made her first visit to the Standing Rock Reservation in 1911. She recorded traditional songs on a hand-cranked, wax cylinder recorder and spoke with dozens of tribal elders. The songs she recorded, many over 100 years old, had been passed down for generations. Densmore documented this work in her book Teton Sioux Music, which contained additional stories and insights into Lakota/Dakota life and became a touchstone for learning about the culture.

This work of Densmore’s has been in storage for over 100 years. The purpose of the Densmore Repatriation Project is to re-introduce these songs and stories and make them easily accessible for a new generation of Native singers and educators.

In 1927 Densmore wrote, "Research work is only worthwhile when its results are transmitted to others." That's the purpose of this project: to transmit what she called research work to others, particularly the people who it belongs to.

Views: 15
E-mail me when people leave their comments –
Follow