Because these kids have been beaten over the head with fear since the second they were born, which was right around or after 9/11. They’ve never lived in a country that wasn’t at war with some nebulous muslim enemy that was always around any corner. A war that wouldn't be fought  by two armies wearing uniforms in some far away place - but rather a war that could show up anywhere, at any time right in their own neighborhood.

The terrorism they were promised though wasn't the terrorism they got. instead - they've grown up in a country where with a frighteningly metronomic occurrence, some random fellow citizen - usually some young white male that looks an awful lot like the people they see every day, enters a public place and slaughters a group of people for no readily identifiable reason. The thought of someone calling them names on 4chan is the least of their fucking worries.

They’ve never known a world without high-speed internet, and have their entire lives had unfettered access to the world’s opinions and reactions. And while the rest of us see the world as these intractable tribal groups increasingly living in these sealed echo chambers - they see America for what it really is - a nation of highly impressionable consumers easily manipulated by good marketing with short attention spans and an extremely fluid belief system that is even more shallow than it is wide.

The difference between us and them - is they are smart enough to know they can win simply by waiting us out and staying on message. They’ve seen how easily a surprising amount of folks on both the right and the left have given up on their core beliefs just because shit got hard, or simply because the rate of outrage outpaced the outrage machine's ability to adequately keep up with it to the point of solutions.

Which is why throughout the day yesterday, you never heard these kids mention either the Democratic or Republican parties by name. They went straight for the NRA.

They know this isn’t about the blue team vs. the red team, those are just the rubes. The marks in a carnival barker’s midway. They’ve been targeted marketed to long enough to know that the money calls the shots and that the NRA is just like every other corporation they’ve ever watched committing what it thought were invisible machinations on an unsuspecting consumer base.

These kids grew up in a different advertising environment than we did. One where they have always had the option to skip the commercials - and believe it or not - this gives them an advantage over everyone who hasn’t been able to their whole lives.

From the time they were born - they’ve been playing a cat and mouse game with corporate influencers that have chased them around every moment of their lives, and that they have always known were hunting them. The difference between these kids and older generations was they shrewdly deducted that corporations were more interested in using them to SELL things than BUY them.

And they are getting ready to turn that power on all of the people that clearly have not only failed to value THEIR lives, but life in general. Before they were even born - amercia had run out of world to conquer, and in that vacumn - it turned on it self. What they are inheriting isn't a shining city on the hill, but rather a nihilist death cult at war with itself with no forseeable end in sight. Traditionally speaking 18-year-old American kids don’t cotton too well to being used as cannon fodder in someone else’s war, which is why this is starting to look and feel a lot like 1968.

The big difference will be if these kids turn this momentum into a voting electorate - which has been the failure of youth movements of the past.

For all of our sakes - I sure fucking hope they do. 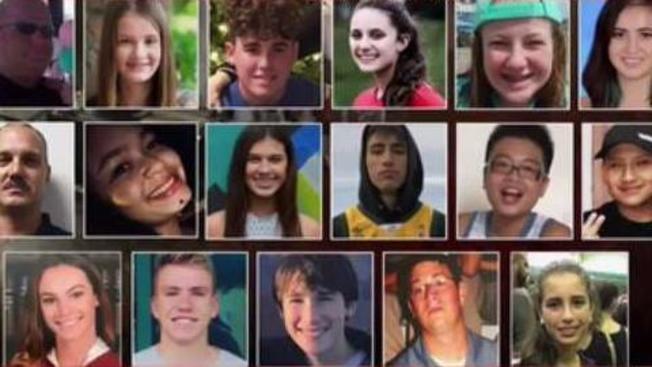