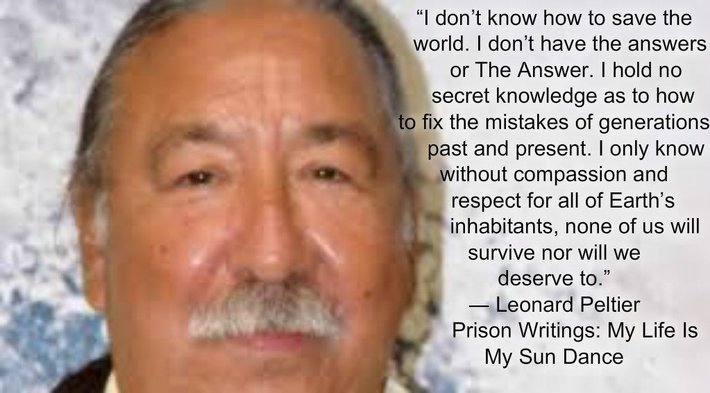 On June 26, 1975, Special Agents Jack R. Coler and Ronald A. Williams of the FBI were on the Pine Ridge Indian Reservation driving two separate unmarked cars At 11:50 a.m. they radioed into a local dispatch Within 10 minutes they both would be dead The official version

Some truth At this time it's been over 3 years since since the end of Wounded Knee 1973 During the period from 1973 to 1976, known on Pine Ridge as the “reign of terror,” was marked by deadly ambushes at highway checkpoints and gunfights that on occasion lasted for days  AIM-led traditionalists and a vigilante group of mostly mixed bloods Dickey Wilson & his GOONs/Guardians Of Oglala Nation sanctioned & supported by FBI going all the way to the White House http://www.oocities.org/crazyoglala/1973-76PineRidgeRez.html

Part of the story FBI leave out A young Native American named Joseph Killsright “Little Joe” Stuntz, Sr (1951-1975) also lay dead, shot through the head by a sniper bullet. His killing has never been investigated. The more than 30 men, women, and children present on the ranch were then quickly surrounded by over 150 FBI agents, Special Weapons and Tactics (or SWAT) team members, Bureau of Indian Affairs police,as well as by the state and local police and local vigilantes. They barely escaped through a hail of bullets

Leonard would be tried seperate

And was not allowed to use self defense as his defense

In short, there was/is no reasonable evidence that Leonard Peltier committed the crimes for which he was convicted. Instead there is very strong evidence of FBI and prosecutorial misconduct & the files the FBI continue to not turn over https://www.freepeltier.org/fbi_files.htm

And today he is still imprisoned 44 years later

And so we'll continue to fight for his freedom as long as he's alive He's near 77 & in poor health He's being held Max Facility Coleman,Florida Out in the middle of nowhere 2,000+ miles from home They even deny transfer to facility closer to home of Turtle Mountain,SD Most men his age would have been moved to lower security,better medical facility decades ago but the FBI controls Federal Prisons

His hope for freedom lies in Biden's hands

So keep him in your prayers