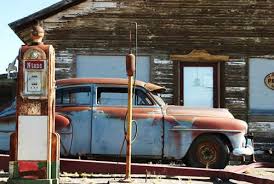 I got this line from an Eagles song called Lying Eyes and it is so very true.

I think it is true for all of us, it is interesting to see that many rich people are never really happy, their own acquistions are really just millstones around their necks.

For the Indian, they may not have many possessions, but then that is not the point, that isn't their culture, they are only caretakers of things whether that is the land or things they use.

WHen it comes to the Tribes, people outside of them don't appreciate that for the Indian, money is of little value, it can't buy things that really matter - one saying is that after you have caught the last Fish you caon't eat money.

The values people put on things who are in the Tribes and outside (to a large extent) are different, because they live in difffent worlds on the same piece of land.

Technology and the consumer ideal have created their own problems, creating a need culture that doesen't really exist with the result people's lives are cluttered and their possessions ultimately weigh them down.

They are often buredened with the maintenance and the keeping of things like Boats, Houses etc. and in the end their enjoyment of these things fades and the burden of ownership is upon them.

The answer is to simplify our lives and to take a leaf from the Indian's book.

They exist in a spiritual world, not a material one.